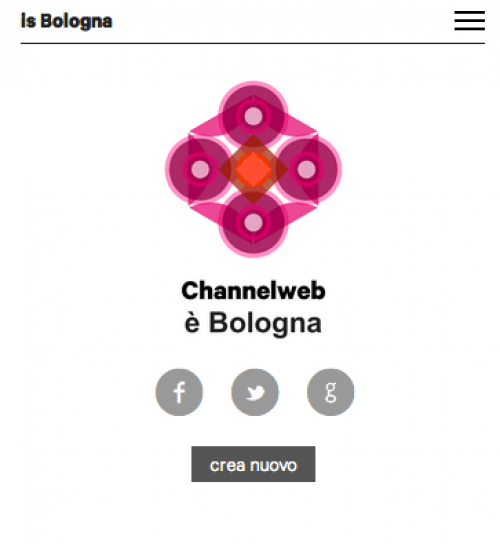 Design and development of a web application that simulates the concept of the logo of Bologna, on behalf of Urban Center Bologna that promoted the international competition Bologna City Branding.

èBologna is more than a simple logotype: it is an alphabet, where letters are replaced by graphic symbols, each one inspired by architectonic elements that are typical and recurring in the city.

Using these symbols you can write whatever message and create a new unique and distinctive logo.